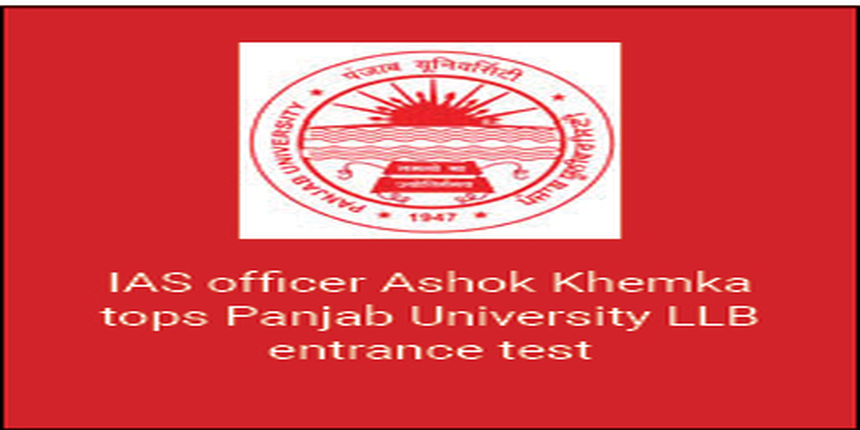 Senior IAS Officer, Ashok Khemka has topped the Panjab University law entrance examination, securing 166.37 marks to beat over 4000 law aspirants for the three-year LLB programme at the university. Khemka, who also has a B. Tech degree from IIT, Kharagpur, is currently serving as Principal Secretary to the Haryana Government’s Science and Technology Department.
“I always had an interest in law. I will do the evening course and intend to take up this profession after my retirement,” Khemka has been quoted to as saying to Times of India after the Panjab University declared its provisional merit list on July 13, 2016.

Apart from holding a PhD in Computer Science from Tata Institute of Fundamental Research, Khemka also holds an MBA degree in Finance and has additionally done his Masters in Economics.

The bureaucrat stole the headlines in 2012 after cancelling a controversial land acquisition deal between Robert Vadra- Sonia Gandhi’s son in law- and DLF. He is known to have been transferred 46 times during his service spanning over 22 years.

Panjab University has released the overall as well as category wise merit list for PU LLB 2016. The counselling sessions for the LLB programme started from July 14 and will continue till 16 July, 2016.

Stay tuned to law.careers360.com  for latest updates and news on PU LLB 2016

It is not clearly mentioned whether you are pursing 4 year degree or 3 year degree.But if you are in final year of your degree you are eligible to appear in 2020.

I am a graduate from Andhra Pradesh. Am I eligible to write PU LLB entrance? If so, are there any seats reserved for residents of Punjab?

Here is the eligibility criteria for PU LLB:

So, yes, you can apply for the same as it does not state otherwise anywhere.

when online application is avaliable

Punjab University will conduct entrance exam for its LLB course tentatively in June 2020 and the online application forms of the same will be available on the website from April,2020(Tentative). The test centres for this exams will only be in Chandigarh. For more details about the same i have attached a link for your reference, https://law.careers360.com/exams/pu-llb-entrance

can we have the last years paper for practice

every year punjab university conducts llb entrance test, the llb entrance test for 2020 wil be held on 22 june, 2020 tentatively. I would suggest you to follow various stat wise entrance test papers with pullb previous years test. as the question can be repeated. follow the below link to download the sample papers,

View All Questions
Have a question related to PU LLB Entrance ?

Your PU LLB Entrance brochure has been successfully mailed to your registered email id .