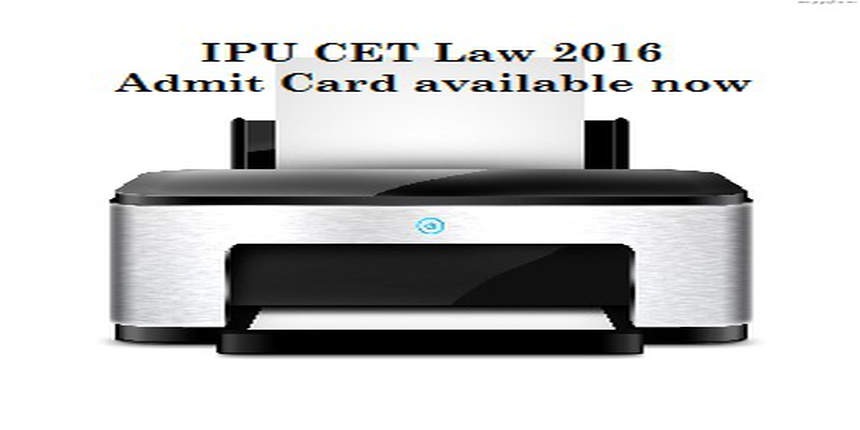 Guru Gobind Singh Indraprastha University (GGSIPU) has issued IPU CET Law Examination 2016 Admit Card on April 9 as the exam is to be conducted on April 17, 2016. You can download the admit card of IPUCET Law 2016 by logging into your user accounts through the official link available in this page below. IPUCET Law Admit Card 2016 will mention the candidate’s name, roll number, date and venue of examination besides other instructions regarding conduct of the aw entrance exam of GGSIPU.

In case of any discrepancy in hall ticket / admit card of IPU CET Law 2016, you need to contact the University officials immediately and get the same rectified. You are needed to bring the admit card of IPUCET Law 2016 to the allotted exam centre on April 16, 2016, else you won’t be allowed to appear for the law exam of GGSIPU.

Stay tuned to law.careers360.com for more news and updates on IPUCET Law 2016