New Delhi, October, 18: Jindal Global University has launched a 3-year BA (Hons.) programme in legal studies on Thursday. The programme was launched during an event at O.P. Jindal Global University (JGU) in Sonipat, Haryana. BA (Hons.) in legal studies will be a new undergraduate academic programme for JGU students which will introduce the study of history and organization of legal systems from national, international and comparative perspectives. 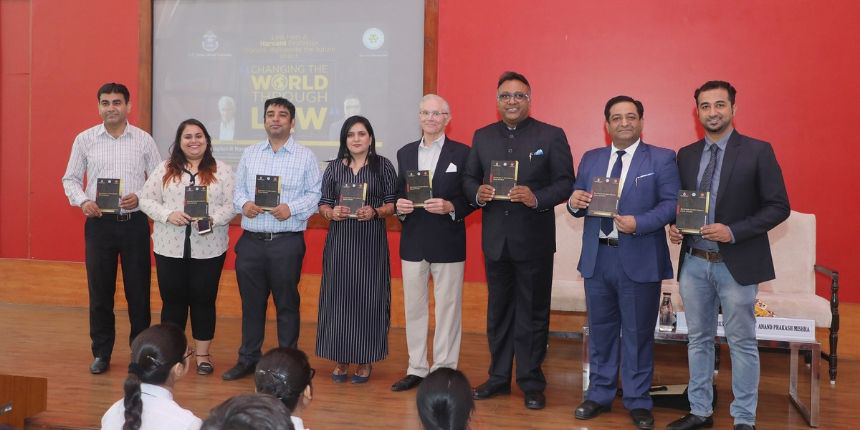 According to the University, the BA (Hons.) programme in legal studies strives to familiarise students with major legal and political discourses, while imparting skills essential for the performance of pre-legal and paralegal works as well as preparing them for careers in law, judiciary, academia, research and public service.

“The new programme will fulfil the much-needed gap in Indian Higher education and it builds on the efforts of the Indian high school education system, which has introduced “Legal studies” in recent years” said C. Raj Kumar, Founding Vice-Chancellor, JGU and Dean, Jindal Global Law School while launching the BA legal studies programme.

The press release of JGU has mentioned five objectives of the new UG programme. It says, the introduction of 3-year BA(Hons.) has democratised the study of law and made it accessible to all students.

The newly introduced programme intends to introduce legal studies within the context of humanities and social science. The programme will enable the students to understand the nuanced dimensions of building a society based on the rule of law and to promote access to justice.

Moreover, the University will also conduct student exchange programmes for the students of BA Legal studies, along with short term study abroad programmes in law.

Earlier, the 3-year BA (Hons.) programme was inaugurated by Stephen P. Marks, a professor at Harvard University. While delivering a lecture on ‘Changing the World Through Law’, Marks stressed on the importance of law and its relations with justice and power relations. The Harvard professor further advocated that the study of law can prepare one to be a problem solver and an agent of positive change against emerging challenges such as climate change.

do i need to register separately for colleges like jgls and other private colleges after applying for lsat?

So in conclusion, you need to register separately for both LSAT and other private colleges

can i get into jindal only through clat?

Admission to Jindal Global Law School is done through LSAT, and this goes for all their law programs such as integrated law program for five year duration,three years LLB program or one year LLM program, in case you're interested register at http://jgls.edu.in/jgls-admission-process/
Read More
Answer

Hope this will help,please feel free to ask if you have any further queries.

Yes, Jindal Global Law school provides scholarship based on LSAT scores, according to which the top 5 scorers in LSAT who enrol in the program are given a scholarship of one lakh per annum, this scholarship is known as O.P Jindal outstanding merit scholarship, there are other scholarships as well which are offered by the university the information about the  which can be accessed here, http://www.jgls.edu.in/jgls-scholarship

Which one is good?Jindal global law school or Symbiosis law school?

Your Jindal Global Law School, Sonipat brochure has been successfully mailed to your registered email id .