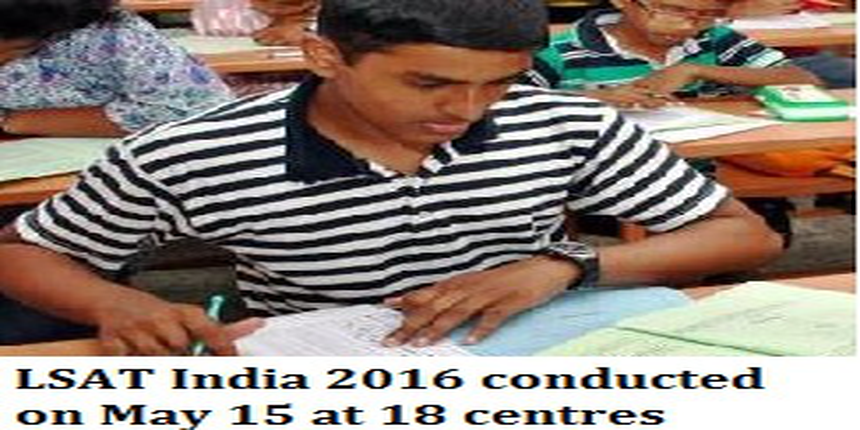 LSAT India 2016 has been conducted on May 15 by Pearson VUE on behalf of Law School Admission Council at as many as 18 exam centres of 16 cities in the country. The Law School Admission Test (LSAT) was conducted for admissions to undergraduate and post graduate law programmes offered in over 60 law schools in India. Candidates who have appeared for LSAT India 2016 can check here about the exam.

LSAT India 2016 was a test conducted in offline (paper-pen) mode where the candidates were evaluated on reading and verbal reasoning skills. The test-takers had to answer as many as 100 questions from a total of four sections including Analytical Reasoning, Logical Reasoning I, Logical Reasoning II and Reading Comprehension. The total duration of the law admission test was 2 hours and 20 minutes, wherein 35 minutes was allotted for solving each section.

The questions were of objective nature having multiple-choice questions. Each question had a total of four/five options, among which the candidate had to choose the one that fit apt as the answer. The candidates were required to answer the questions of one particular section at a time and not at random selection. After the time-duration of one paper was over, invigilators informed about the same and candidates were to begin the next section.

LSAT India and LSAT India PG 2016 were conducted for admissions to five-year integrated and post graduate law programmes in as many as 68 Indian law schools.

Stay tuned to law.careers360.com for more news and updates on LSAT India