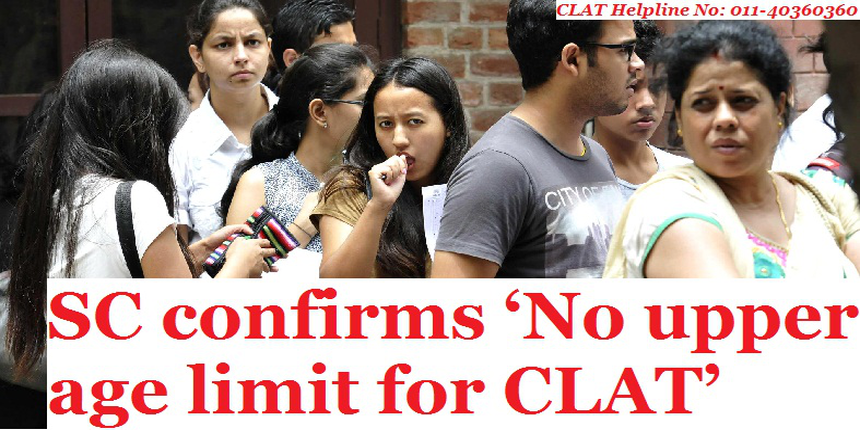 Justice Shashi Kant Gupta of Allahabad High Court passed the order following a writ petition of Devasheesh Pathak and 20 others who had challenged the upper age limit criteria published in the advertisement issued by Dr. Ram Manohar Lohia National Law University, Lucknow, which is conducting CLAT 2015. Justice Gupta in his order of February 26, 2015 had said, “The University cannot go beyond the statutory provisions as have been laid down under the Advocates Act and the Bar Council of India Rules. Thus, the CLAT organizing university went beyond the power envisaged under the Act by prescribing 20 years as the maximum age limit for CLAT 2015.”

Even, the Bar Council of India (BCI) on September 28, 2013 had scrapped the maximum age limit for five-year integrated law programmes. However, CLAT 2015 Online Application system was not upgraded before March 16, 2015 at par the decision of the BCI.

He also informed that this has been effective from March 16, 2015. Dr. Gangwar said, “Prior to March 16, as low as eight applications were rejected for the age bar constraint. But we have personally mailed them to apply again for CLAT 2015 Application Form. Their application fees were credited in their accounts.”

On CLAT 2015 application numbers, the Co-Convenor informed that over 44000 applicants have been registered for CLAT 2015 and this would go beyond 50000.

CLAT is a national level law entrance exam conducted on rotation by the 16 National Law Universities (NLUs) for admissions to their undergraduate including BA LL.B programmes for as many as 2164 seats distributed among the participating NLUs. Last year as many as 31231 candidates had registered for CLAT. CLAT 2015 is to be conducted online on May 10, 2015.