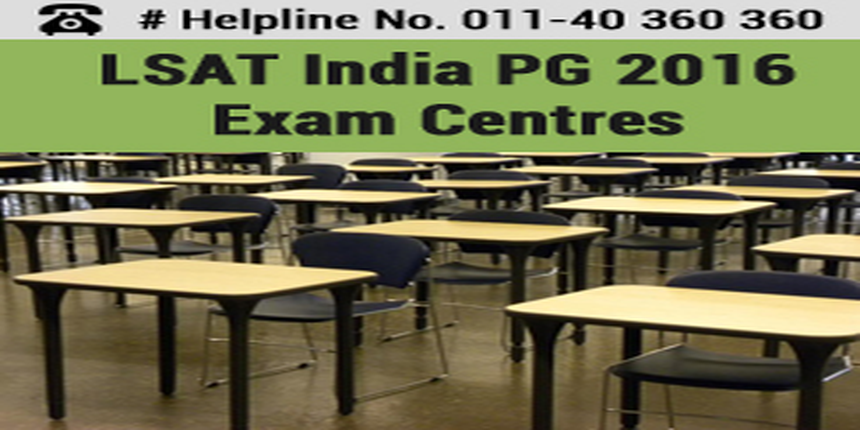 The PG law entrance exam of LSAT India was conducted in as many as 16 testing locations of the country. Check below the list of LSAT India PG Exam Centres 2016.

Exam Modalities of LSAT India PG 2016–LSAT India PG 2016 was an offline paper of two hours’ and twenty minutes duration, comprising a maximum of 100 questions distributed among a total of four sections. There was no negative marking policy; thence no marks would be deducted for any wrong answer. Moreover, the scores would be calculated on percentile basis.

Pearson VUE conducts LSAT India PG on behalf of Law School Admission Council (LSAC) for admissions to PG programmes in law including LLM in as many as 61 law schools of India.