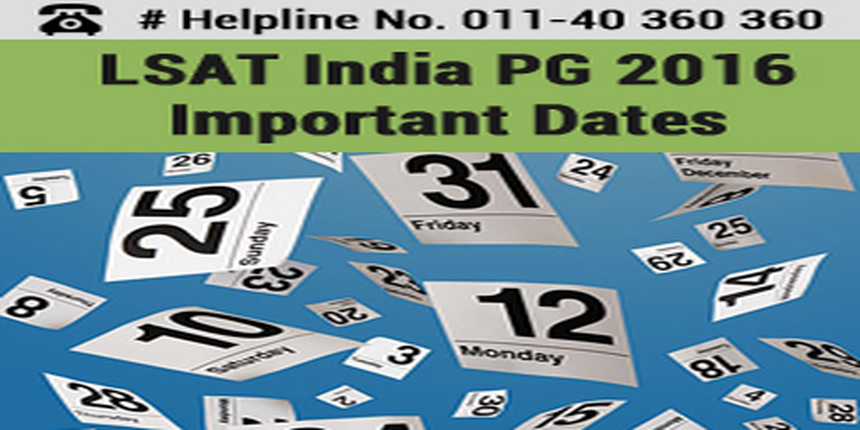 LSAT India PG 2016 Important Dates – Pearson VUE had announced the dates of LSAT India PG 2016 on November 9, 2015. You will able to know events of the post graduate law entrance exam including application dates, sate of issue of admit card, offline exam and date of declaration of result.

The Important Dates of LSAT India PG 2016 helps you in tracking the scheduled events of the post graduate law exam so that you don’t miss any of the events and prepared for the days in advance.

LSAT India PG Exam Dates 2016 – Let us go through the scheduled events of LSAT India PG 2016 and know the date as well.

Pearson VUE on behalf of LSAC had invited applications in both the online as well as offline modes on November 9, 2015 whereas the applications could be submitted till May 3, 2016.

Pearson VUE has announced the results of LSAT India PG 2016 on June 1, followed up by the counselling schedule as notified by the participating law schools.

LSAT India PG is the national level law entrance exam conducted by Pearson VUE on behalf of Law School Admission Council (LSAC) for admissions to post graduate programmes in law in as many as 64 law schools of India.