The MHRD has released the NIRF Rankings 2020 for Law, along with other categories, on June 11. A total of 20 law institutes were ranked in NIRF Law Rankings 2020. The top three repeat their rankings from last year, with NLSIU Bangalore, NLU Delhi and NALSAR Hyderabad in the 1, 2 and 3 positions. Many candidates also want to know which are the top government law colleges in India as per NIRF Rankings 2020. There is a reason why there is such a soft spot for government law schools, one they are much cheaper than private law colleges and also tend to be reliable; the fact is there are still many students who are afraid to approach private colleges for fear of being taken for a ride. So here we take a look at NIRF Ranking 2020 Top government colleges in India; we will see which colleges made the cut and which didn’t. 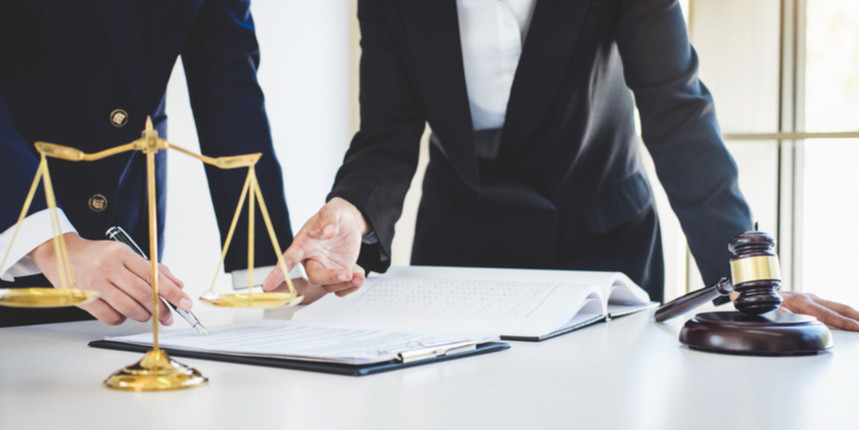 For preparing the NIRF Rankings 2020 for Law Category, the framework considered the following points:

How to get admission to top government law colleges in India

Admission to NLUs: The National Law Universities (NLUs) are the premier law institutes in the country. In NIRF Law Rankings 2020, 7 colleges inside the top 10 and eleven colleges inside the top 20 are NLUs. Admission to the NLUs is conducted on the basis of the pen-and-paper based CLAT exam, which is conducted by the consortium of NLUs; the only exception is NLU Delhi which conducts its own entrance examination.

Admission to NLU Delhi: The law school doesn’t use CLAT scores for admission purposes, as it conducts its own entrance exam AILET entrance exam. The institute currently offers a BA LLB and an LLM programme.

Admission to Jamia Millia Islamia, New Delhi: The institute, which is ranked 9th in the country, offers a B.A. LLB with an intake capacity of 120 seats. Admission is done through the JMI BA LLB entrance exam, which is conducted in pen-and-paper based mode.

Admission to Indian Law Institute, New Delhi: The institute conducts the office-based ILI CAT examination for admitting candidates to its one-year LLM programme. The seat intake for the programme is 38.

Question: How many government law colleges are listed in NIRF Ranking 2020?

Question: Which is the top government law college in NIRF Rankings 2020?

Question: What are the criteria for determining NIRF Ranking 2020 Top Government Law Colleges in India?

The NIRF Rankings 2020 are based on five parameters: Teaching, Learning & Resources, Research and Professional Practice, Graduation Outcomes, Outreach and Inclusivity, and Perception.

Question: Do all government colleges have the same admission process?

While NLU admission is through CLAT, other government colleges use different entrance exams for admission.

NIRF rankings are considered the best most popular criteria for determining the quality of a law college. Given they are backed by the government and uses transparent ranking methodology are pluses.