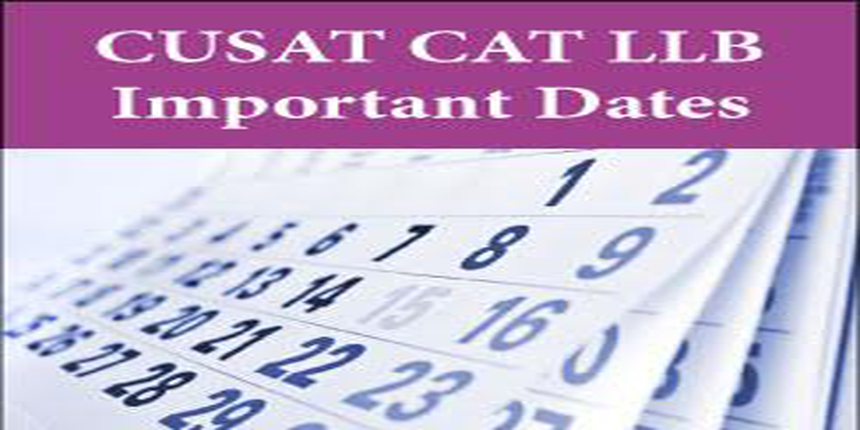 Careers360 will keep you updated regarding the exam events and Important Dates of CUSAT CAT LLB 2017 as soon as any official notification is announced by Cochin University of Science and Technology.

Candidates willing to apply and appear for CUSAT CAT LLB 2017 on April 29 must be graduates in any discipline obtaining an aggregate of minimum 40% marks from a recognized university. Aspirants of any age can fill the application form, as there is not any minimum/maximum age requirement stated by Cochin University of Science and Technology.

Cochin University of Science and Technology will offer admissions to eligible and qualified candidates for filling nearly 40 seats on the basis of their performance in CUSAT CAT LLB 2017. They will be called for attending counselling procedure after the results are announced for LLB entrance test.

Showing 2 out of 2 Questions
73 Views

what are cusat cat llb courses??

CUSAT common admission test for llb programmes commonly known as CUSAT CAT LLB is conducted by Cochin university of science and technology for admission to 3 to 5 year different law programmes.

For further information refer to this link https://www.google.com/amp/s/law.careers360.com/articles/cusat-cat-llb/amp

Is there evening law college in CUSAT kochi? What are the admission procedure? and class timings too

The admission of CUSAT LLB three year Evening batch is through Aptitude test, Group discussion & Interview. The Candidates are shortlisted on the basis of the marks in the Test will be called for Interview/GD.

The test code is 169 which comprises of 150 objective type questions in two parts as given below. For each right answer 3 marks will be awarded and for each wrong answer one mark will be deducted.

You can check the further detail with the given below link on page no. 28.

for more information go through the following link:

Answer later
Report
View All Questions
Have a question related to L.L.B ? Ask

Your CUSAT CAT brochure has been successfully mailed to your registered email id .