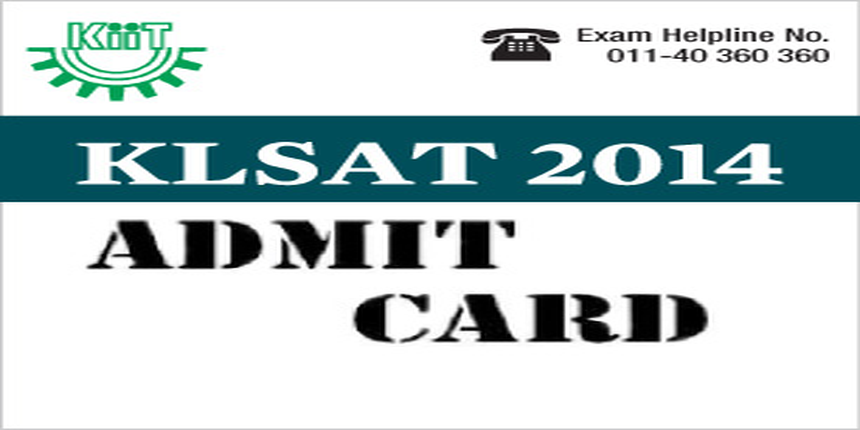 KLSAT 2014 Admit Card – KLSAT Admit Card was available from March 31, 2014 to April 5, 2014. KIIT University conducted KLSAT on April 26 and 27, 2014. Eligible candidates who appeared for KLSAT 2014 Application Form needed to download KLSAT Admit Card from this page before the scheduled date.

KLSAT 2014 was the computer based test for admitting qualifying students who were interested in the undergraduate law courses for the academic year 2014.

For end to end expert support from Applications to Admissions, click here

KLSAT Hall Ticket/Admit Card – Candidates were required to go through the following instructions related to Admit Card of KLSAT.

Candidates could download the admit card/hall ticket from this page. The admit card were available on this page on the scheduled date.

Candidates needed to carry KLSAT admit card/hall ticket on the scheduled date of examination at the mentioned venue of exam as provided in the admit card.

Candidates were advised to preserve KLSAT admit card till the time of admission.

Note: No candidate in any case was allowed to take KLSAT Entrance Exam without a valid KLSAT Admit Card and any one of the photo identity proof as provided above.

Stay tuned to law.careers360.com for more news and articles on KLSAT 2014