CLAT scheduled to be held on May 14, 2017, mounts exam pressure on candidates who will be appearing for one of the coveted online law entrance exam. In order to ease the stress and help you prepare better, Careers360 brings to you another piece from CLAT Preparation Tips series on ‘How mock tests are important for online CLAT’. On reading this article, the law aspirants will have a fair idea on the importance of mock tests as suggested by experts and toppers of CLAT. 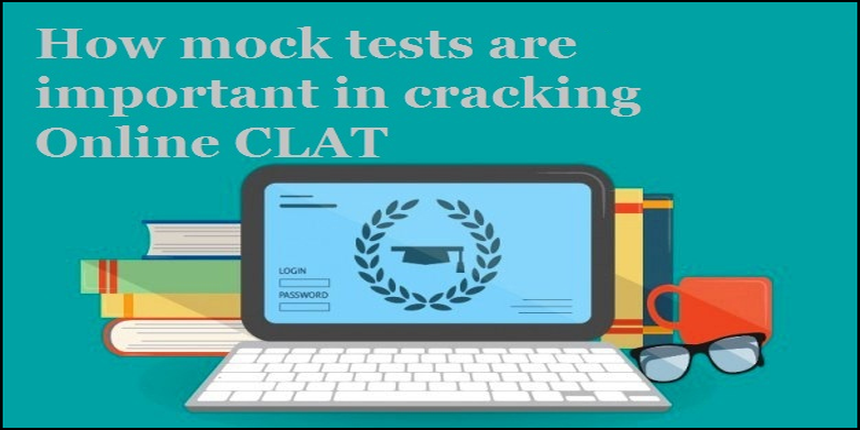 How mock tests are important for CLAT?

Experts suggest taking mock tests during the final stage of preparation. They say that mock tests are important as they are so designed to give you a feel about the actual exam. Rajneesh Singh, law exam expert says, “The best way to overcome fear of online CLAT is to get tortured as many times till you feel the comfort and I recommend aspirants for taking online mock tests before the actual exam.” He further suggests that one can improve his speed before appearing for CLAT by taking several mock tests. He says, “CLAT aspirants should take as many online tests, mock tests and section tests as possible as this will help them in improving speed and accuracy. Aspirants need to be really good and quick at the mouse movements.”

Harsh Gagrani, Director, Legal Edge Tutorials also advocates for mock tests and says, “CLAT aspirants should start taking as many as online mock tests and practice sets as this will help them in preparing efficiently for online reading without a pen and paper.”

How many mock tests are needed?

The law exam expert suggests that these many numbers of mock tests will provide a CLAT aspirant an edge over others.

How can I analyze my preparation by mock tests?

Not only exam experts but CLAT Toppers also had followed the path of mock tests to outsmart competitors and grab a seat in prestigious NLUs. CLAT Toppers shared that regularly appearing in mock tests had helped them in overcoming their weaknesses and improved their strong subjects. Ankur Singhal, CLAT Topper of 2016 shares, "A CLAT aspirant should take two to three mock tests in the beginning which will give direction to his/ her preparation and then one mock test every month should be taken to evaluate one’s preparation level. Towards the final months, every week at least three to four mock tests  should be taken. I myself had solved more than 65 mock tests and questions papers of the past years."

For the CLAT topper of yer 2015, Neha Lodha, the most important thing was time management and accuracy. "Taking CLAT mock tests helped me in managing time while maintaining the accuracy level. There is negative marking in CLAT paper so the test taker needs to make sure that he/ she does not attempt questions which are not sure of. I took areound 60 mock tests in the last two months during my CLAT preparation."

Nikita Garg, who bagged AIR 1 in the year 2014 shares, “I used to take regular mock tests to assess my progress which gave me proper direction towards SWOT (Strength Weakness Opportunity Threat) analysis.” The AIR 1 of CLAT 2014 who outsmarted around 30000 candidates also said that mock tests also helped her in deciding her approach to each section. She says, “With regular mock tests, I was able improve on my weak areas.”

Another CLAT Topper, Akshi Rastogi who bagged AIR 6 in CLAT 2014 shares, “I used to take around 15 mock tests almost every week which helped me in analysing my preparation level.” She further shared that her focus was on decreasing the time spent per question and solve the paper as quickly as possible. Rastogi says, “From 45 seconds per question in the middle months, it was decreased to 30 seconds per legal question in the end. In the last month I spent around 10 hours daily on studying. I took mocks regularly and solved all previous years’ question papers.”