CLAT Cutoff 2020 - CLAT Consortium will release CLAT 2020 cutoff, tentatively in the month of September, after each round of counselling. The CLAT cutoff is the last rank for which admission is offered to an undergraduate or postgraduate course. Candidates should note that the CLAT cutoff 2020 will be published separately for all CLAT participating institutes and will vary from each other depending on various parameters. These include sanctioned seat intake of national law universities, applications received for admission, and performance of candidates in CLAT exam, preference given by the candidates. Admission authorities will conduct three rounds of CLAT counselling, and for each of these rounds, CLAT cutoff would be released separately. Candidates scoring below the cutoff score (rank) in round I or II may participate in subsequent rounds of counselling, but any candidate missing out on last round, there would likely be no more chances. Go through the rest of the article to learn full details of CLAT cutoff 2020.
Important - CLAT 2020 to be conducted on September 7, admit card to be releaseed within 2 weeks
Latest: CLAT mock tests have started. To take mock tests - Click here 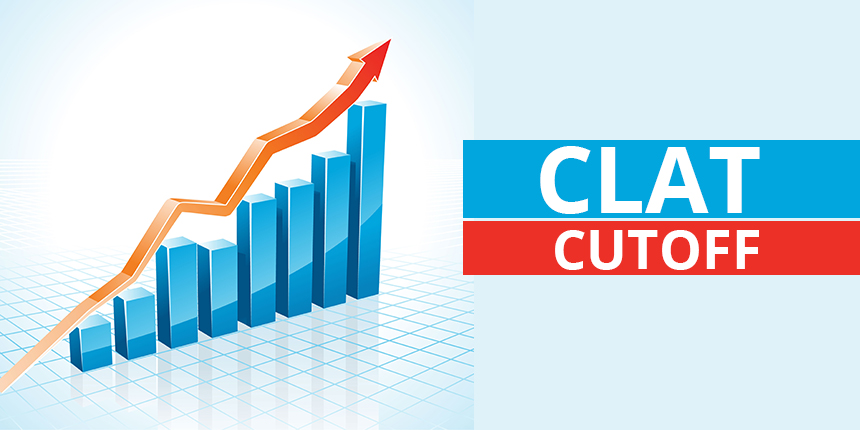 Admission to all the 22 participating NLUs will be based on CLAT 2020 marks. The scores of CLAT are also used by several private law colleges for admission purpose. CLAT 2020 exam will be conducted in online mode.

What is the significance of CLAT Cutoff?

The CLAT cutoff is indicative of the range of score or rank a candidate needs to get in order to be in contention for a seat or higher preference seat. Typically, the CLAT 2020 cutoff is category-specific and varies from one NLU to another. So, the candidate may refer to their own category, for the institute they are interested in. For a fair idea about the cut-offs in CLAT 2020 exams, here we are providing the CLAT cut-offs of the previous years including CLAT 2019 exam.Also read -Seat intake of National Law Universities, To know about fee structure and law programmes of NLUs, read - NLU fee structure and law programmes offered

Every year numerous students apply for CLAT exam for admission to undergraduate and postgraduate law courses. The number of appearing candidates always affects the CLAT cutoff 2020.
Apart from the number of candidates appearing in the exams the other factors include the following:

Question: When will the CLAT cutoff 2020 be released?

The CLAT 2020 cutoff will be released after every round of counselling. The exact dates  will be notified after the release of CLAT 2020 merit list.

Question: In how many rounds CLAT cutoff 2020 will be released?

Last year the NLU Odisha released 3 rounds of cutoff list and it may vary for CLAT2020. CLAT cutoff is released after every round of counselling, and it totally depends upon the seat intake of all participating institutes and seats left vacant after each round of counselling.

Question: What is the benefit of solving CLAT 2020 sample papers?

By solving sample and previous years’ question papers of CLAT, the candidate will be able to learn about important topics, weightage of questions and also time management. This will aid in CLAT exam preparation.

Question: How the CLAT 2020 exams will be conducted?

Question: What is the educational qualification for CLAT PG 2020?