With the LSAT India 2020 all set to be conducted in remote proctored internet based test (IBT) mode expect a lot of changes to the exam pattern. The first on the list is the variables section, which will now no longer be a part of the LSAT India question paper. The news was shared by Dr. Jason Dickenson, Director, India Testing LSAC during a live session with Careers360. He said that the test paper will have only four sections - One section on Analytical Reasoning, One section on Reading Comprehension, and two Two (2) sections on Logical Reasoning, In total the four sections will have around 90-92 questions. This means that there will be no variable section. We discuss here what that means for the test taker. 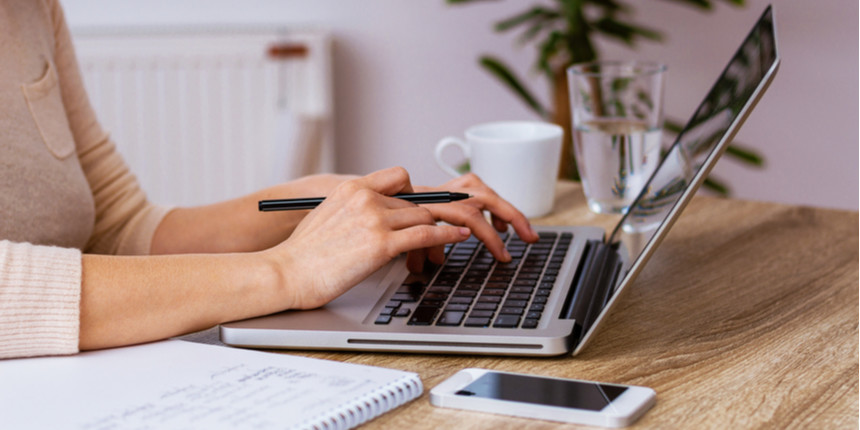 The LSAT India exam is conducted by Pearson VUE on behalf of USA–based Law School Admission Council (LSAC). Previously it was a pencil and paper exam, but for the current season the exam will be conducted in remote proctored internet based test (IBT) mode. So, the candidate will be able to take the test from the safety and confines of their homes. The test includes multiple choice questions (MCQs). Test scores in LSAT 2020 will be scaled between a score band of 420-480. In addition, the result is also released in percentile form.

What is the variables section?

The variables section was an unscored section in LSAT India question paper that contributed around 23 questions. The section like the other sections was timed and had to be completed in 35 minutes. The section couldn’t be identified and students had to answer the section.

Now with the variables section no longer being a part of the exam, the test taker will have fewer questions to attempt; but that being said the time allotment for each section will remain the same, which is 35 minutes.

Once the allotted 35 minutes for a section, say Reading Comprehension section, is over, the LSAT India test taker can’t answer questions from that section and has to move on to the next section.

Unlike the CLAT, the LSAT India doesn’t have a general knowledge or current affairs section and it doesn’t have the quantitative techniques, which is sort of more mathematical. So, unlike the CLAT, the LSAT is not a test where you can gain a tremendous advantage by sort of cramming a lot of facts, learning a lot of things by rote. It is much more focused on skills, in particular critical thinking skills, skills you need to think critically identify good arguments and bad arguments. So that broadly speaking are the biggest differences between the two tests.

Question: How many sections will LSAT India have?

There will be five sections; previously there were four sections including the variable section which is now dropped.

Question: Will there be a variable section in LSAT India 2020?

There will be no variable section in LSAT India 2020 remote proctored IBT (internet based exam).

Question: How many questions will there be in LSAT India 2020?

As per LSAT India 2020 exam pattern, There will be around 90-92 multiple choice questions (MCQs).

Question: What is the time limit for each section of LSAT India 2020?

Each section will be allotted 35 minutes; after that the candidate has to move to the next section.

Question: Do I have to go to an exam centre to take the proctored LSAT India 2020 exam?

The proctored LSAT India iBT exam can be taken from anywhere, including from the safe confines of one’s home. So there is no need to go to an exam centre.

By consulting LSAT India eligibility criteria 2020 one will kn...

LSAT India exam dates 2020 have been postponed by Pearson VUE ...

Check the expert tips on appearing for the online, proctored L...

what are options if I am looking for LLM after MBA

After any graduation you can to do an MBA or LLB, but you can do your LLM only after your LLB, which is your basic degree in law. From your question we can infer that you already have an LLB degree and would like to pursue your LLM after your MBA.

One primary advantage you may develop after your MBA is to understand which stream of business law your would like to pursue in LLM or position yourself as the legal person within a company, who also understand how a company functions or need to function based on your study of MBA and the application of Law within the framework of the organization and protecting the organization from all legal issues.