National Law Universities or NLUs are the most popular law schools in the country. The NLSIU Bangalore was the first NLU in India established in 1986. Today, there are 23 national law universities in India. These NLUs are considered the flag bearers of legal education in India as they offer integrated LLB, LLM and PhD programmes in various disciplines. Recently, NLSIU Bengaluru has started the 3-year LLB programme for students who have completed their graduation. It offers admission to 3-year LLB through National Law School Admission Test (NLSAT) which is conducted online.
LATEST: To check CLAT 2022 cut offs - Click here
To know about NLU wise course fee structure - Click here 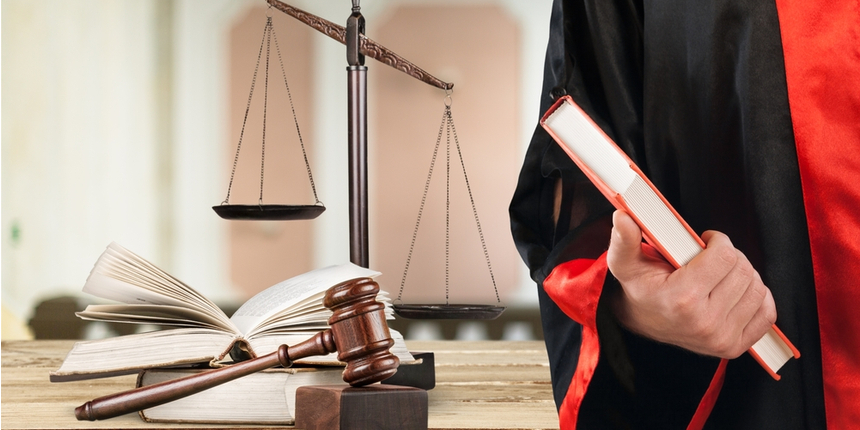 According to the Government of India’s National Institutional Ranking Framework (NIRF) ranking of top law universities, NLSIU Bangalore is the top law school in the country. It is followed by other NLUs such as NLU Delhi, NALSAR Hyderabad, NLU Jodhpur etc.

In this article, law aspirants will find all the details regarding NLUs, their law courses, admission process, seats, entrance exam and some quick links for NLUs fee structure. Read the complete article.

Some NLUs such as NLSIU Bangalore also offers Master of Public Policy, Certificate courses in various disciplines of law, and MBA courses.

CNLU Patna also conducts a separate admission test for the LLM programme. The university’s UG programme is offered through CLAT.

Admission to NLUs through CLAT

The Common Law Admission Test or CLAT is one of the most popular law entrance tests. It is conducted in offline, in pen and paper format, across the country. The application form for CLAT is typically released in the first week of January and the entrance exam is conducted in the first or second week of May. The consortium tries to complete its admission process before August. The first week of August is the time when most of the NLUs commence their classes.

Admission to NLU Delhi through AILET

The NLU Delhi’s entrance examination, AILET, is also an offline-based examination conducted across the country. The application form of AILET is released for BA LLB, LLM and PhD programmes, around the second-third week of January. The exam is conducted in May-June and the classes start in the first week of August.

AILET Vs CLAT - A comparison

AILET and CLAT have many similarities and differences. CLAT is essentially a comprehension based test designed to examine the reading and critical thinking skills of the aspirant. AILET on the other hand is a mix of both comprehension and non-comprehension based questions. Here is a brief analysis of these two NLU entrance exams.

CLAT and AILET - An overview of pattern

CLAT vs AILET - Comparison of syllabus and test structure

The syllabus of the AILET and CLAT exams are more or less the same. Both entrance tests are known for testing the necessary skills required for pursuing law. However, there are some differences between CLAT and AILET as well. For example, AILET has a test structure based on both comprehension based questions as well as simple objective questions. In CLAT, however, almost the entire test paper will be based on comprehension based passages of 300-450 words, making it a lengthy paper. Candidates may check the details of the CLAT and AILET test structure below.

Question: How many NLUs are in India?

At present, there are 23 national law universities in India.

Question: How can I get admission to national law universities in India?

Admissions to NLUs are offered through entrance tests. You can appear in Common Law Admission Test which is accepted by 22 NLUs. Or, you can also appear in All India Law Entrance Test (AILET) for admission to National Law University Delhi.

Question: What are the law programmes offered by national law universities in India?

Question: Which is the best NLU?

According to NIRF ranking 2021 by the Government of India, NLSIU is the top law school in India. It is followed by NLU Delhi, NALSAR Hyderabad, WBNUJS Kolkata in the ranking list.

Get answers from students and experts Ask