CLAT 2018 Analysis - CLAT 2018 was held on Sunday, May 13, 2018, in 63 cities across India. Approximately 53,000 candidates are expected to have appeared for the test. The most popular Law Entrance Exam, CLAT is of an easy difficulty level. As per the CLAT analysis 2018 by experts, the overall difficulty level of the exam was on the easier lines. As per the experts and students, Legal Aptitude, English and GK were easy whereas Logical Reasoning was the toughest section followed by Mathematics. Careers360 brings the CLAT 2018 analysis by experts.
Related Post
CLAT 2019
CLAT Application Form 2019
CLAT Admit Card 2019 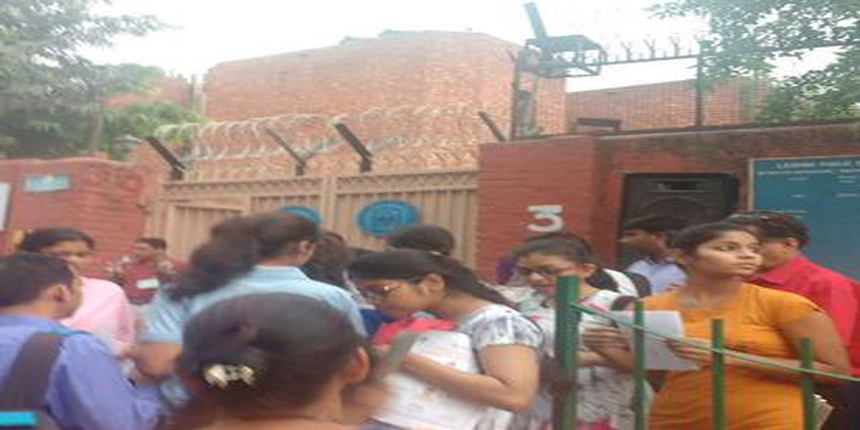 Although there was no glitch in the exam, several test centres faced technical glitches and server errors. In test centres across Delhi, Bhopal, Bilaspur and Jodhpur, the exam takers were marred with server errors where candidates' responses could not be saved. Apart from that, some centres underwent power cut, and problem during biometric login, creating inconvenience for the students.

Before taking detailed look at the CLAT analysis 2018, we bring the CLAT 2018 exam pattern.

Now we bring to you the expert analysis of CLAT 2018.

Sharing the CLAT 2018 analysis, the CLAT experts unanimously agree to the fact that the overall difficulty level of the exam was easy. Legal Aptitude was the easiest section and Logical Reasoning was the toughest section. Elementary Mathematics, English Comprehension and GK sections were on the easier lines.

As per Harsh Gagrani, Director, Legal Edge, the overall difficulty level of the exam was easier than that of last year. However, it can be termed as tougher than that of CLAT 2016 exam. In terms of sections, Legal Aptitude was the easiest whereas the Logical Reasoning was the toughest section. Rest of the sections were easy. In the English section, there was one Reading Comprehension. Other questions were on grammar, vocabulary, cloze test and Critical Reasoning. GK section carried majority of the questions from current affairs. There were few static GK questions as well, but on the current affairs topic only. The Legal Aptitude section carried 40 questions on Legal Reasoning principles. There were 10 Legal Knowledge questions based on Constitution. Logical Reasoning section carried three puzzles of which one was very tough. There were few Critical Reasoning questions as well.  Maths was the most time-consuming section as the questions, although not difficult, were very lengthy. The topics covered were Percentage, Profit and Loss, Algebra, Geometry etc. This section can be termed as moderate.

Watch this video to know how was CLAT 2018

According to Harsh Gagrani, the expected CLAT 2018 cutoff will rise by five to seven marks compared to last year. Rajendra Khadav says, "The cutoff scores of CLAT 2018 is lilely to range from 105 to 110. In some of the top colleges, it might be around 125 to 130.