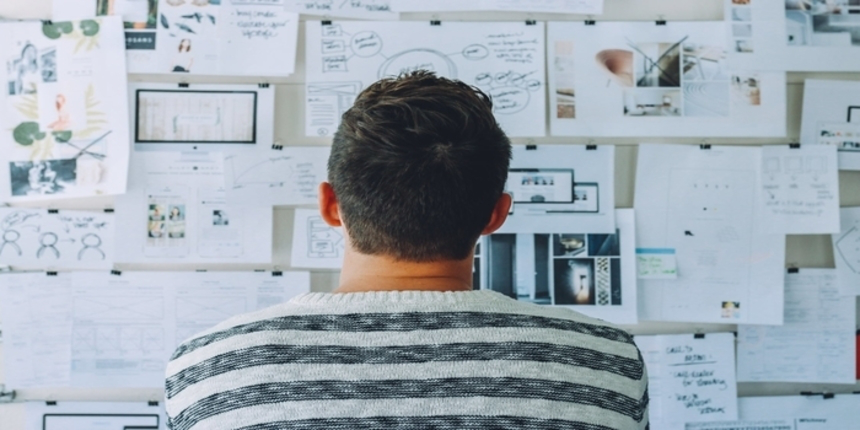 AILET, also known as All India Entrance Test, is conducted by the National Law University, Delhi, for admissions into its five year integrated and LLM programmes. Candidates applying for AILET 2019 will be competing for as many as eighty seats offered by each programme (160 seats in total). Candidates will be shortlisted by the university for their desired programmes if their entrance scores manage to meet the cut offs. The 150-mark exam will be held in offline mode for 1.5 hours.

For AILET preparation tips and suggestions from AILET toppers which candidates should pay heed to during these four months, candidates can read further.

By this time, candidates should have been through with the AILET exam pattern 2019 and syllabus topics. During the first two months of AILET 2019 preparation, candidates should focus on strengthening their concepts and make sure that there is no room for doubt left. Anmol Gupta, who secured AIR 3 in AILET 2018, followed the same strategy as he says, “During the preparation, my strategy would be completing every topic of each section, revise the basics over and again before appearing for a test to analyse my preparation level”.

One way by which candidates can enhance their conceptual clarity is by picking up each of the topics mentioned in the AILET 2019 syllabus and practicing generous number of questions on them. “For Mathematics section, I would practice 20-40 questions every day from various books. The Reasoning questions were practiced by me from RS Aggarwal’s Analytical Reasoning book on a daily basis,” says Anmol Gupta. Everytime they come across any doubt, candidates should consult their experts/mentors/seniors and get it cleared. Rigorous practice coupled with intensive doubt clearing sessions is a golden preparation tip for AILET 2019 which candidates should swear by during these 4 months.

Acing a test on the D-day requires one to be completely abreast with the paper pattern and difficulty level. Furthermore, one cannot strengthen one’s grip on the topics mentioned in the AILET syllabus 2019 if one does not practice them within the same time limitations as that of the exam. Therefore, it is important that candidates undergo an intensive regime wherein they manage to solve a considerable number of mock tests to prepare for AILET 2019 in 4 months.

Candidates can sign up for online mock tests or practice AILET sample papers 2019 on their own. Devansh Kaushik, who secured AIR 1 in AILET 2018, says, “The mock tests help a candidate in analysing the self-preparation. When one attempts a mock test, the SWOT analysis can be done, which helps in further improvement. Moreover, the mock tests also help in giving an overall idea of the exam, which eases your exam pressure.” Devansh also says that he attempted around a total of 90 mocks for AILET.

While candidates are on AILET mock tests 2019, they should keep themselves updating on their general knowledge and follow closely the current affairs happening in India and worldwide. Invest a major chunk of your time in reading newspapers during the last 4 months before AILET 2019. Also, candidates can make the best use of the internet as a resource and take help of quality news apps. In this way, candidates can use the time while they are on the run or outdoors and catch up with the news with the help of their phones or any electronic device. For General knowledge, Shikhar Aggarwal who secured AIR 4, recommended the weekly Manthan provided by CL, while Anmol Gupta prescribes Competition Success Review and Pratiyogita Darpan.

Candidates must have pinned down the syllabus of AILET 2019 in the incipient stage with the help of a time-table. Likewise, candidates will need to devise a time-table for these last 4 months as well. To incorporate the aforementioned strategies into their preparation routine successfully, candidates need to make a timetable and organize the whole agenda accordingly to prepare for AILET in 4 months. As much as flexible the major plan may seem to be, candidates should remember that if daily agendas are not fulfilled, candidates will meet a messy situation at the end. Therefore, to master an overarching monthly plan, candidates need to fulfil the daily agendas first. Anmol Gupta too swears by the same strategy as he says, “I would also make sticky notes and complete my everyday goals as per the schedule. I never missed a single section from my everyday preparation schedule. I believed in the mantra called ‘Consistency’”.

Candidates should structure their study plan in such a way that they are left with ample time for revision for AILET 2019. Candidates can club the mock test and revision sessions together while preparing for AILET 2019 in the last month. Candidate’s with revision should be to strengthen the fields they already know instead of spoiling the broth by leaping onto uncharted realms. If there is a section that candidates have not prepared or lack expertise in, they may not focus on such areas as this will only mess up their preparation for AILET in these 4 months, make them nervous, and shift their focus from their strong areas. “Sticking to a single strategy helps to keep preparation in track where the brain can work on a pre-scheduled plan, rather than wasting time by starting something new,” advises Harsh Gagrani, Director of LegalEdge Tutorial.