LAT Cut off 2020 - Allahabad University has published the third round cut off of LAT 2020. The LAT 2020 cutoff is published category-wise for each round of counseling and will indicate the last rank for which admission is offered. Any candidate who misses the LAT cutoff score in previous rounds of counseling will not be considered for admission in that round but may be considered in subsequent rounds, which may be held to fill vacant seats. But if a candidate misses the cut off rank for the last round, he/she will be typically out of the admission process. Also, the cut-off is dependent on variables like the number of applications, sanctioned seats, and performance of the candidate in LAT exam, it may vary from year to year and institute to institute. Go through the rest of the article to learn the full details of LAT cut off 2020. LAT 2020 was conducted in both online and pen-and-paper based mode on September 28 for admission to the 3-year LLB program. The total seat intake for the program is 600.
LATEST - LAT cut of released for the third round of admission - Check below
LAT counseling to start from December 7 - Apply here 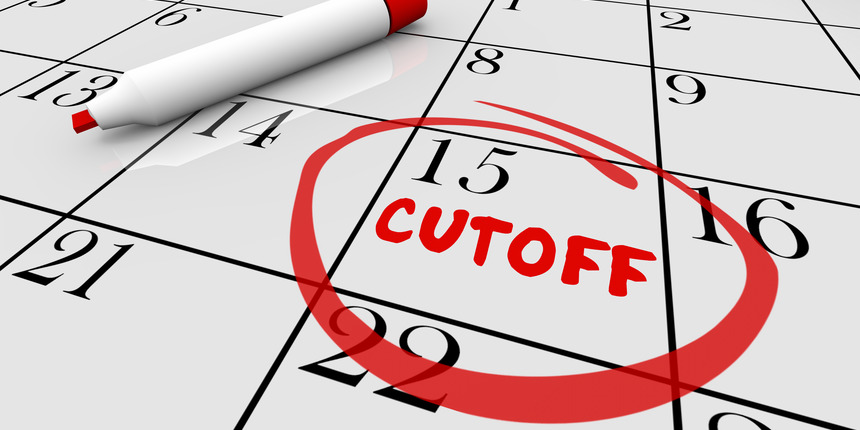 Allahabad University has released the cut off for LAT 2020 in multiple rounds. Candidates may check the category-wise cut off below.

LFAT cut off - Third round

LFAT cut off - Second round

LFAT cut off - First round

Factors on which LAT 2020 cutoff would depend on:

The cutoff for the current session will be available only after the declaration of result and at the time of counselling and seat allotment. So, the candidate may instead refer the previous year’s LAT cut off to figure out what is a good score to get admission.

Question: Will the LAT cut off same for all categories?

No, the LAT cutoff 2020 will be category-specific. Meaning, to be considered for admission, the candidate will have to meet the cutoff score in his or her respective category only.

Question: On what basis the LAT cutoff is determined?

Some of the important parameters for determining the LAT 2020 cutoff include seat intake, number of applicants, and performance of applicants in LAT exam.

Question: Will a candidate who is not included in the LAT cutoff still be considered for admission?

Under normal circumstances, any candidate who misses the  cutoff score will not be given admission.

Question: How do I ensure that I score enough marks to clear the LAT cut off score?

One way is to consult previous year’s cutoff and figure out cutoff trends. When preparing for the exam, it will give the candidate a fair idea as to “what score” is a safe score.

i got an accident that why i dont take a normal schooling and i do open school (NIOS) so, my quiry is i am eligible for slat(symbiosis law admission test) .thank you

Hello, SLAT poses the eligibility criteria that the candidate should have passed 12th or equivalent exam from any recognized board. So you are very much eligible to take up the exam. The notification is expected to be out by the third week of January 2021. For more details on the exam and the selection process you can check this link https://law.careers360.com/articles/slat#SLAT-eligibility-criteria

Any idea about exam centres for LAT exam??

sir I have got 158 no. in LLB from allahabad university in General catagory.... can i get addmission in any affiliated college any one ?? plzz reply sir

Hope it will find you helpful! Good luck!

sir i got 96 marks in LAT . Can i get admission in CMP degree college or any other college of University

LAT is an entrance exam conducted by the Allahabad University for admission into 3 years LLB course .According to last year cutoff if you belong to general category you need a minimum of 170+ . In case you belong to reserved categories , unless you belong to ST category, you will need a minimum score of 150 to stand a chance for admission. For ST category there is no cutoff score hence all candidates are eligible.Hence,if you are an ST candidate then yes you have a chance but otherwise it is not possible as you have scored below the cutoff score.

Visit the below article to know more:

LAT is an entrance exam conducted by Allahabad University for the 3 year LLB program. The cutoffs vary every year based on factors like number of seats and number of candidates writing the exam.The exact admission possibility cannot be predicted by if you have scored fairly above the expected cutoff , then you will get a decent college,if you do not get in the first round,then surely you will get in the last round . Since you have not mentioned your category I will list out previous year cutoff trend for all category. If you belong to general category then you need 170-180+ to get the desired college. If you are an SC or OBC candidate then 150+ is the safe score,on the other hand for ST category there is no minimum score needed so based on seat availability and your score compared to other applicants in the category ,you will secure  admission in a college ,so attend the counselling to see your options.

Answer later
Report
View All Questions
Have a question related to LAT ? Ask

Your LAT brochure has been successfully mailed to your registered email id .