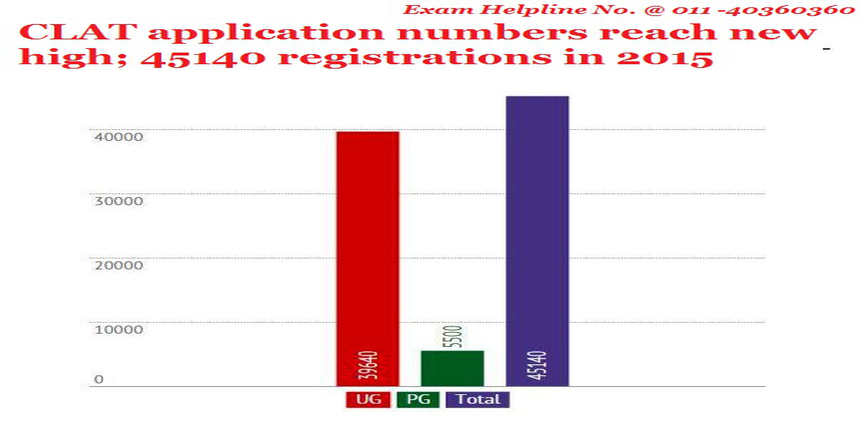 Scroll below to know more on CLAT 2015 Online Application Numbers

CLAT 2015 aspirants can look below for the pictogram for Application Numbers of CLAT 2015 that will aid you with the number of applications for undergraduate as well as post graduate programmes.

CLAT 2015 Applications for the undergraduate programmes have risen to 39686 from that of 31231 registered received last year. CLAT 2015 Convener said that the increase in number of applicants indicates that the candidates are now moving towards pursuing law as a career. Dr. J.D. Gangwar says, “We have already expected the numbers to be around 40000 after the Supreme Court had confirmed no upper age limit for CLAT. The increase in number of applications confirms increasing popularity for law as a career option in India.”

“CLAT 2015 scheduled for May 10 will be held in online mode and the increase in number of applicants have been able to prove the apprehensions wrong that the new mode will decrease the numbers,” added Dr. Gangwar.

The pictogram provided below will help you with drawing a brief idea about the increasing competition for the most sought after law entrance exam.

CLAT 2015 Preparation: How mock tests are important for online CLAT