AILET 2018 Student Reactions - All India Law Entrance Test 2018 was held on May 6, 2018, from 3 PM to 5 PM. Conducted by National Law University, Delhi, AILET 2018 was held in a paper pencil based mode in 40 exam centres across 21 cities of India. Approximately 18,000 candidates appeared for the test for admission to 83 BA LLB programmes and 20 LLM programmes. After the test was conducted, test takers had varied observations to share regarding the questions. While some candidates found AILET 2018 to be tough, some others found it to be of moderate or easy level. In order to capture the overall AILET pattern, Careers360 presents AILET 2018 student reactions. 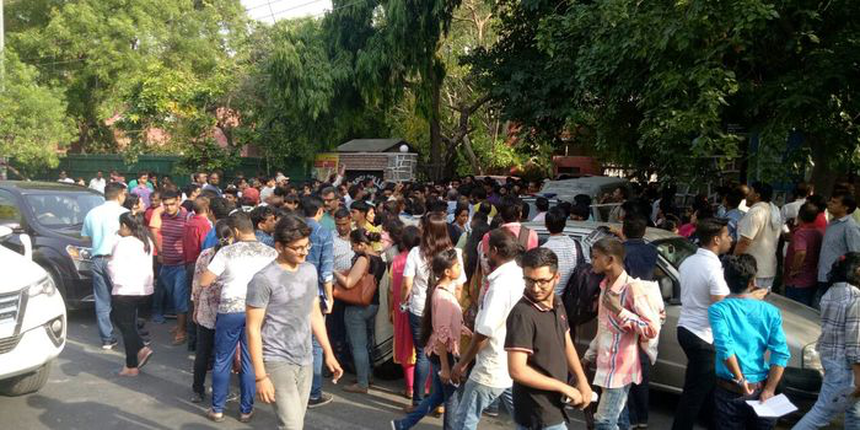 In the AILET 2018 student reactions, we bring the different aspects of the exam, in terms of difficulty level, performance details, expected result among others. Students also talk about overall exam taking experience of AILET 2018.

Nitin: It was a very easy paper. I could complete the exam well before the total duration and was left with ample time for revision as well.

Sahil Khan: The overall test was of moderate level. Logical Reasoning was the toughest section for me as it was very time consuming. Legal Aptitude and English sections were quite easy. I am expecting a score above 120.

Sakshi: Although the overall exam was not much tough, the Legal Aptitude section was too lengthy which consumed majority of my time. Logical Reasoning was of medium difficulty level. Rest of the sections were on the easier lines.

Rohit: Legal Aptitude section was very lengthy. English and Maths sections were tough. GK and Logical Reasoning were comparatively easier. I have attempted around 90 questions. I will also appear for Symbiosis and Amity law entrances.

Sabhya: I found the test to be moderately tough. Maths, English and GK sections were tough whereas Legal Aptitude and Logical Reasoning sections were easy. I had taken coaching from IMS Learning. Based on my performance, I am sure of clearing the cutoff and securing a seat. I will also be appearing for IPU and Amity entrances.

Samriddhi Vyas: For me, the exam was very tough. Legal Aptitude was very tough and lengthy. I have not taken any coaching. I will also appear for CLAT next week.

Sarika: I did not prepare properly so my exam didn’t go well. I am targeting my admission next year and this was just a practice attempt. Hence, I will utilise this experience next year and plan my preparation systematically.

Sameer: The exam was lengthy but not very tough. English, Maths and Logical Reasoning were on the easier lines so I attempted these sections with ease. GK was moderate to tough. I attempted around 40 questions. I am also appearing for CLAT and Jamia Milia Islamia law entrances.