How to Prepare for Current Affairs for CLAT 2020 - Syllabus, Test Structure, Tips 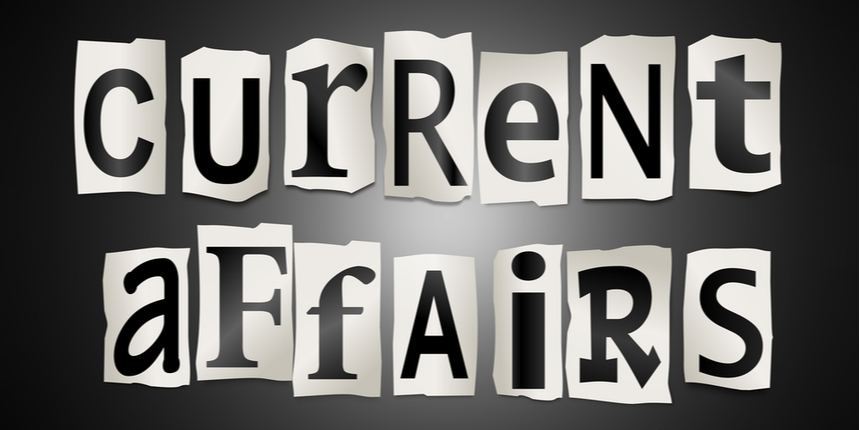 Before one goes for the CLAT preparation, it is very important to know the syllabus of CLAT 2020. Under current affairs section, the test will comprise of 4 to 5 comprehension passages. Each passage will be of 450 words, drawn from news, journalistic sources and other non-fiction writing.

Candidates must note that they have to slightly alter their traditional approach of preparation of memorising the facts and information for the exam day. The candidates will be given all the information in the passage only. However, they will need to demonstrate their awareness of various topics of current affairs and general knowledge. Knowing the historical background, concepts will be much more important than memorizing the facts.

The best way to prepare for CLAT current affairs is to develop a long-term habit of reading newspapers, articles and editorials. The articles and editorials are a good source of deep knowledge as they provide historical, associated, and ancillary information related to the main subject discussed in the piece.

The following newspapers are recommended for CLAT current affairs preparation.

What should I do, if I don’t have access to newspapers?

The CLAT current affairs can be prepared even without newspapers. If a candidate does not have access to the newspaper, he/she can go online.

There are several news websites that put up online content on the internet. One can easily google the online newspapers and find the editorials and articles.

CLAT current affairs preparation - Should I memorise facts and figures?

Ideally, the CLAT conducting body doesn’t encourage or discourage the use of fact compendiums. However, for knowing the basics of important topics, it can be useful to read the study material. For example, if there is comprehension passage on Cyclone, the candidate will be expected to know the difference between cyclone, typhoon and hurricanes. This knowledge can be developed by reading the basic general knowledge books such as Lucent GK, Arihant General Knowledge and others.

However, candidates are also advised to not to fall in the grip of out of syllabus topics. This will only consume the time. Furthermore, candidates should also avoid the mugging up of facts.

Moreover, by solving the sample papers of CLAT, the candidates will learn the time management skills while improving their accuracy of giving correct answers.

A comprehension passage based question from CLAT 2020 sample questions is given below. Candidates can refer to the question for developing an understanding of the new pattern.

The U.S. House of Representatives impeached President Donald Trump on charges of abuse of power and obstructing Congress, the culmination of an effort by Democrats that further inflamed partisan tensions in Washington and deepened the nation’s ideological divide.

The historic votes, which won the support of almost all Democrats in the House chamber but not a single Republican, leave Trump as only the third president in U.S. history to be impeached -- and the only impeached president likely to win his party’s nomination for reelection.

The Senate will hold a trial early next year to decide whether the president should be convicted on the charges and removed from office, though the Republicans who have the majority in that chamber will almost certainly acquit him.

House Democrats took depositions from more than a dozen witnesses, held weeks of hearings, and wrote hundreds of pages documenting Trump’s efforts to pressure the president of [1] to investigate the former Vice President [2] and his son.

[Extracted, with edits and revisions, from: Billy House, "Donald Trump impeached on two counts by House, setting up Senate trial",

1.1 Donald Trump is the third President of the United States of America to be impeached. Which of the following presidents has also been impeached?

1.2 Which country’s name has been replaced with ‘[1]’ in the passage above?

1.3 What is the name of the former Vice President of the United States of America whose name has been replaced with ‘[2]’ in the passage above?

1.4 Which Article of the Constitution of India sets out the process for the impeachment of the President of India?

1.5 Under the Constitution of India, a charge for the impeachment of the President of India can be preferred by:

(a) The Lok Sabha only

(b) The Rajya Sabha only

(c) Either House of Parliament

(d) Both Houses of Parliament simultaneously

Question: What kind of questions will be asked from CLAT Current affairs?

There will be comprehension passage based questions in the current affairs section of CLAT.

Question: How many passages will be given in the current affairs of CLAT?

There will be around 4-5 comprehension passages from the current affairs. Each passage will have 4-5 multiple choice questions.

Question: What newspapers should I refer for CLAT current affairs preparation?

To prepare for CLAT current affairs candidates can read a daily newspaper such as The Hindu, The Indian Express, Times of India.