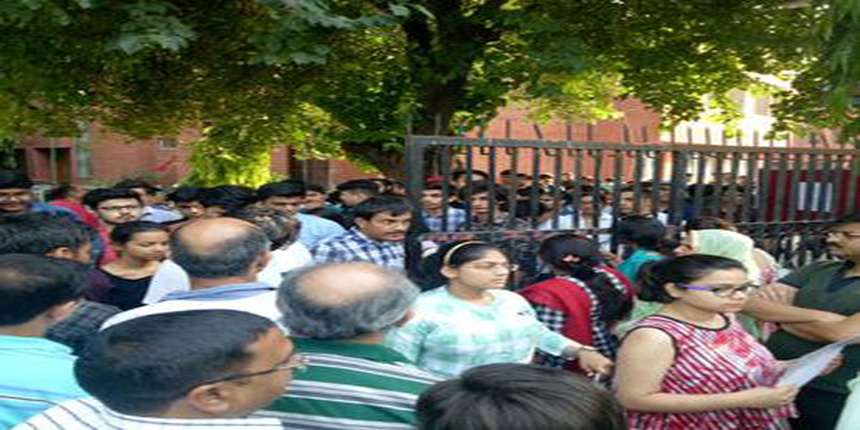 AILET 2018, the law admission test conducted by National Law University Delhi, concluded on May 6, 2018. The exam experts talking to Careers360 share their expert analysis of AILET 2018. According to them, the All India Law Entrance Test, this year, brought several surprises including a change in the AILET exam pattern. Read here what the law exam experts talk about the NLU Delhi law admission test and share their expected cutoff of AILET 2018.

Talking about his overall analysis on AILET 2018, Rajendra Khadav, Director, CrackCLAT Tutorials mentions that the exam was of moderate difficulty level while section wise difficulty level could be scaled as moderate to tough. A big surprise that came the way of the AILET 2018 test-takers was negative marking of 0.25 marks.

The English section surprisingly did not see any Reading Comprehension passages compared to the previous year. Further, the section carried more questions related to idioms, grammatical errors and General English.

The exam expert also mentioned that there were two puzzle questions carrying 9 and 5 questions which made this the lengthiest section of all.

Rajendra Khadav remarks that with the introduction of negative marking in NLU Delhi administered law exam, the AILET cutoff could be around the range of 90-92 marks.

Harsh Gagrani, Director of LegalEdge Tutorial mentions, “The exam was difficult but were on expected lines. However, there has been the introduction of 0.25 marks negative marking for wrong answers, which was not there until last year. In terms of the exam structure and syllabus, it was similar to that of previous years. Legal Aptitude was the toughest section whereas GK and Maths were the easier sections.”

Talking about the sectional traits, Gagrani says, “English section was grammar based. There was no question on Reading Comprehension. Majority of the GK section questions were on Current Affairs and few questions on Static GK, from Science. The Legal Aptitude section was too lengthy. There were around 20 current legal knowledge questions. Logical Reasoning section had a couple of lengthy and tough puzzles and around 10-11 Critical Reasoning questions. Overall this section was easy to moderate. Mathematics was also of moderate level.”

AILET 2018 results will be announced on May 24, followed by the admission counselling process for NLU Delhi undergraduate and postgraduate law programmes.

All India Law Entrance Exam conducted by National Law University Delhi, is one of the most popular law entrance exams held in India. As many as 18,650 candidates have applied for AILET 2018 for 83 BA LLB seats on offer by the NLU.