AILET Vs LSAT India - When it comes to law entrance exams in India, AILET and LSAT-India is counted among the most popular exams. AILET (All India Law Entrance Test) is conducted for admissions to law courses offered by National Law University Delhi whereas, LSAT India is held every year for admissions to more than 50 law colleges across India. Admissions to the top law colleges of India, often, candidates appear in both these entrance exams. Thus, with ‘AILET vs LSAT India’, a comparison is drawn between both these exams covering all the essential aspects that the candidates need to know. Read the complete article to know more about AILET vs LSAT India and other related information.
LATEST - LSAT India 2021 application form is open - Apply here 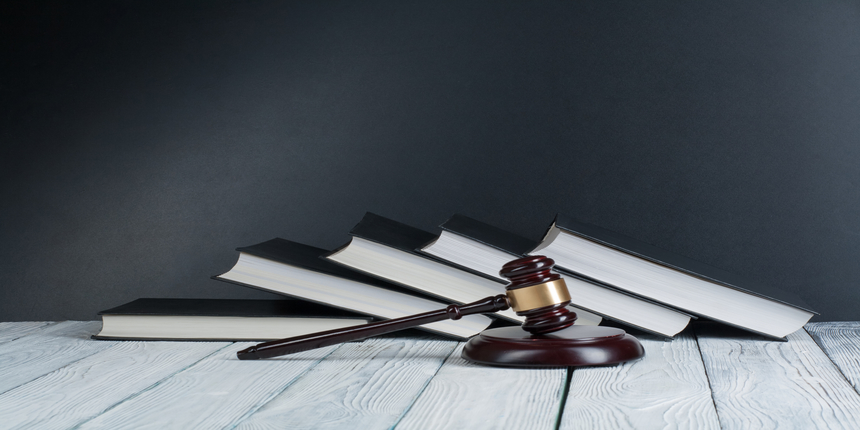 LSAT India is an Indian version of the globally popular LSAT which is conducted by the Law School Admission Council (LSAC). In India, the conducting body is Pearson VUE. The scores of LSAT India 2021 are shared with all LSAT India participating institutes in the country.

When it comes to law courses, if a candidate opts for LSAT India, he/she will have a variety of law courses at both undergraduate and postgraduate levels, while, in case of AILET, candidates can opt for only BA LLB and LLM course, depending upon the eligibility prescribed by the authorities.

LSAT India vs AILET - Difference in terms of test modalities

The test pattern of LSAT India and AILET are very different from each other. AILET exam pattern is more or less any other national-level law exam pattern like the one we see in CLAT. LSAT-India borrows its test scheme from other exams conducted globally by LSAC. There are a total of 150 questions that are asked in AILET whereas, the number of questions in LSAT-India is only 92-100. Also, the LSAT-India gives 35 minutes to the candidates to attempt each section whereas, there are no such section-specific time limits in AILET. To understand better, the candidates can refer to the exam pattern of both AILET and LSAT India as given below.

AILET and LSAT India - How the two tests are different?

The two law entrance exams are somewhat different from each other in terms of test modalities. LSAT India generally focuses on quick reading ability, logical reasoning, analytical reasoning, etc, while AILET test candidates on the basis of various subjects like general knowledge, legal aptitude, English, Maths etc. The syllabus of both the entrance tests are typically different from each other and are explained below.

What is more difficult AILET or LSAT India?

The difficulty level of both the exams is considerably high; top-notch preparation and conceptual clarity are necessary to crack both the exams. However, AILET’s difficulty level is higher than that of LSAT India, since it offers admissions to the second-best law school of the country. Also, if one takes a closer look into the pattern of both the exams, one would conclude that AILET is comparatively more arduous as it requires candidates to answer more questions in a lesser period of time. AILET has 150 questions in total and is for 1.5 hours. On the other hand LSAT India involves 92 - 100 questions to be answered within a time duration of 2 hours 20 minutes.

NLU Delhi is among the top-ranked law colleges of India, so it is obvious for it to have a higher level of competition in AILET as candidates from all over the country apply for the exam. Moreover, AILET only offers 110 seats in BA LLB course and 70 seats in LLM course which culminates into a high level of competition. LSAT-India, on the other hand, has a lot of participating colleges, so the competition level is relatively less.

LSAT India vs AILET - What entrance exam to choose?

Being the popular law entrance exams in India, both LSAT and AILET are widely recognized. The decision to select a specific law entrance exam can be affected due to several factors such as the level of difficulty, admission chances, scope, the popularity of colleges, course fee. However, it is suggested that the candidates should opt for both the entrance tests. Clearing AILET will pave the way for the top law college, NLU Delhi. But if failed, candidates will have the option of other prestigious law colleges. If the candidates are looking for admissions to any programme other than BA LLB, then also, it is safe to go with LSAT-India.
Also read - CLAT Vs LSAT India

Question: When will AILET 2021 be conducted?

Question: What is LSAT Inida?

LSAT India is a law admission test for undergraduate and postgraduate programmes. It is conducted by Law School Admission Council, the conducting body of LSAT USA.

Question: What law programmes are offered through AILET?

Question: What is the main difference between AILET and LSAT India?

Question: Who can appear in LSAT India?

NLU Delhi will release AILET 2021 important dates has been rev...

Which 3 year program are you asking about?

You are not eligible for llm or master of law as to be eligible you need to do undergraduate in law i. e llb or equivalent first  .

So , after bsc, you can go for 3 year llb but AILET is not the entrance exam for the same.

You can go for DU llb or bhu llb entrance examination, as they offer 3 year llb.

And yes being, a final year student you will be eligible for 3 year LLB entrance examinations

*To be eligible you need to be a graduate in any discipline from a  recognised University and must have got at least 50% in graduation if belong to general category or 45% belong to OBC category for 40% belong to Sc or St category to be eligible.

* Also candidates who are in final year /semester are eligible

I am planning to give CLAT and AILET in 2022, when should I start preparing for their current affairs??

Usually the current affairs are for a period of one year, hence as per the release of application form, prior to it you can prepare for the current affairs, the best way to deal with this is to read newspaper on a daily basis, so that while  you're near to appearing for the exam, you can go through various magazines for covering the portion of revision, there are various competitive exam sites also which offer monthly compilations you can go through these as well, and once you form a habit of daily reading what happens is you're well acquainted with the latest happening, and it's easy to recall what you have read, here comes the importance of daily newspaper reading, you can go through sample papers as well as this will give you an idea about the specific topics that are being covered.

What is the difference between clat and AilET

*I will provide you with detailed information about the difference between CLAT and  AILET they are :-

*CLAT stands for Common Law Admission Test and it offers admission in 19 universities and  it offers  2,420 seats in total . It is an online exam and it contains only  MCQ based questions. It contains total of 200 quetions of 200 marks.

*Where has fee structure is :-

*Where has AILET stands for All India Law Entrance Test and has only  one participating institute  that is, the National Law University, Delhi. And it  offers  73 seats for the LLB program whereas 20 seats for the LLM program.  It contains total of 150 quetions for 150 marks and it is an offline exam . Where has the question paper contains MCQs and an essay writing paper.

*The fee structure is :-

*For further more information you can check the below link :-

I presume it's CLAT that you're enquiring about, first of all CLAT is conducted for admission of integrated law programs at undergraduate level, it's not for three year LLB course, and even for AILET which is conducted by National Law University, it offers only integrated law program at undergraduate level, you can check out the details at the official website at https://nludelhi.ac.in/home.aspx , admission to LLB varies as per the norms of the concerned university, for some it's based on the merit of the qualifying examination, to provide you an example The Tamilnadu Dr BR Ambedkar University offers LLB without any entrance exam, some of the top entrance exams for LLB are DU LLB by Delhi University, LAT by Allahabad University, BHU UET by Banaras Hindu University,LSAT scores are accepted by many universities, there are also state level law entrance exams for three years LLB such as TS LAWCET in Telangana, AP LAWCET in Andhra Pradesh, KLEE in Kerala, MHT CET LAW in Maharastra etc, the eligibility criteria is  passed graduation in any stream from a recognized university with 45-50% aggregate(this again varies in case of DU, BHU they need 50% marks at graduation), generally final year candidates too are eligible to apply provided they can show the proof of their qualifying examination during the time of admission, so kindly check out the details for the university for which you're interested to apply for the same.

For more details visit the link below: