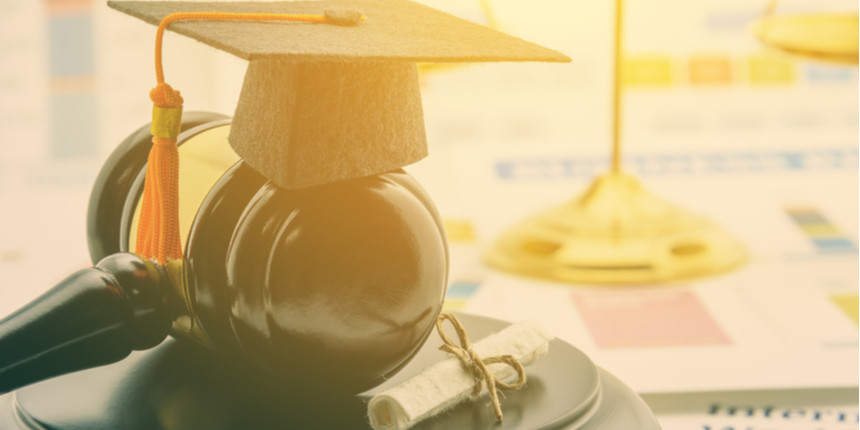 The CLAT affiliated colleges will offer admissions solely on the basis of CLAT scores or they may reserve some seats for those students who have a valid score in the national test. Here is the list of CLAT affiliated law colleges.

How to Take Admission in CLAT Affiliated Colleges?

Most of the CLAT 2021 affiliated colleges release their admission notification on their website in which they mention that candidates with a valid CLAT score are eligible for admission. Candidates who want to apply in any of the affiliated colleges of CLAT will need to regularly check the official website of the concerned university or law college. Once the notification is out, they can fill and submit the application form along with their CLAT 2021 score.

The law colleges will then prepare a merit list consisting of the shortlisted candidates on the basis of merit. The remaining admission process will include counselling and fee submission at the college.

CLAT Exam - The exam will be conducted on June 13, 2021, in offline, pen and paper mode. The CLAT will be a comprehension based test, designed to test the critical thinking and analytical ability of the candidates.

CLAT Result - CLAT result will be declared in online mode at its admission portal. The CLAT 2021 result will be declared in the form of scorecard and merit list. Candidates who want to apply for NLUs for admissions will have to appear in the counselling and seat allotment rounds. In case, the candidate is looking for admission to any law college other than NLUs accepting CLAT score will have to share his CLAT score to that college or university.

Question: How many law colleges will accept CLAT scores?

The CLAT scores are accepted by 22 national law universities and more than 70 law schools of the country for giving admission to UG and PG law courses.

Question: What are the CLAT affiliated colleges?

The CLAT affiliated colleges are those colleges and universities which sign an MoU with Consortium of National Law Universities for using CLAT scores.

No, NLU Delhi will not accept CLAT scores. It conducts All India Law Entrance Exam for admission to UG and PG law courses.

Question: Do I need to apply separately for law colleges other than NLUs accepting CLAT scores?

Yes, you will need to apply separately for law colleges other than NLUs. You can directly use CLAT score at the time of admission in such colleges.

Best Books for CLAT 2021 - The candidate by consulting the bes...

6 days ago
Read More
View All News and Articles

what is the date of clat entrance exam of 2021

Common Law Admission Test (CLAT) is a national level entrance exam. CLAT will be held for admissions into various undergraduate and postgraduate programmes in the field of law.

CLAT 2021 exam will be organized by the Consortium of National Law Universities. The CLAT score card will be accepted by the various private & public law colleges in India.

Candidates will be able to fill the application form till 31st March 2021. CLAT 2021 admit card will be released from third week of April 2021.

Eligibility criteria for this exam is

You can refer to this link for more information.

How can we prepare for clat 2021 from February and scoring good marks in class 12 boards - isc?

From last year clat exam pattern has gone through change, number of questions have been reduced to 150 from 200.


First of all make a timetable,be acquainted with paper pattern and devote time to each section accordingly.

For General Knowledge and Current Affairs, you can go through magazines such as Pratiyogita Darpan, also there are many websites which provides monthly compilations which you can go through,the best way to deal with this section is reading newspaper on a daily basis,the best choice is The Hindu, you can also go through The Indian Express.For static GK part,you can use Lucent's GK. Also,you can search in Internet there are many sites which have compiled this in an organized manner pertaining to different subjects.

For Logical Reasoning, you can use any reasoning book such as Analytical Reasoning by M K Pandey or even Verbal and Non-Verbal Reasoning by RS Agarwal. First thing is to get your concepts clear and practice in a continuous manner.

For Elementary Mathematics with Numerical Ability, you can use Quantitative Aptitude by RS Aggarwal, you can also use NCERTs book to build the basic concepts.


For Language Comprehension, you can use Wren and Martin for grammar, and Norman Lewis's Word Power Made Easy to build vocabulary, also reading editorials section of The Hindu and The Indian Express will help you immediately to grasp the comprehension part along with enriching your vocabulary.


You can also visit the official website of CLAT at https://consortiumofnlus.ac.in/ to know more details regarding question paper format,sample paper and other such relevant details pertaining to preparation of the exam.
Read More
Answer

exam mode is an the clat examination

Here's a brief of your clat UG 2021 examination pattern :-

* type of questions asked :- mcqs/objective. Basically, your clat question paper will contain several passages of around 300 to 450 words and those passages will be followed by series of mcqs.

* medium of the question paper :- English

* mode of the examination :- it will be conducted in offline mode / pen paper based examination

* total marks :- the examination will be conducted for a total of 150 marks

*Duration of the examination :- 2 hours

Subject wise number of questions in your clat 2021 examination is provided below:-

If you have any other doubt then you can always reach us to clear them :) we are always available to help you out and guide you

is 10th marks is matter for competitive exams like neet clat etc.

for clat preparation suggest me ?

CLAT is one of the difficult competitive exams.However if you can prepare properly then you can crack the exams.First get a clear idea of the syllabus of the CLAT examination and also check the last year's paper.Familiarity with exam patterns and syllabus will aso make it easier to pay additional attention to topics which carry more weightage.Do regular revision of the syllabus properly and also sit for the mock tests for CLAT.

You can look for more such tips in the following link:

How to prepare for Logical Reasoning section of CLAT