How to crack CLAT 2018 with good books, suggests AP Bhardwaj

How to crack CLAT 2018 with good books - The Common Law Admission Test will be held online on May 13, 2018. CLAT 2018 is nearly 60 days from now, which has already built a pressure on the aspirants appearing for the national-level law exam while they are on their toes for the 12th board examination commencing March. It’s expected that over 50,000 aspirants will be taking the NLUs’ admission test for 2300 offered five-year integrated undergraduate seats. This further increases the intense competition among the test takers. 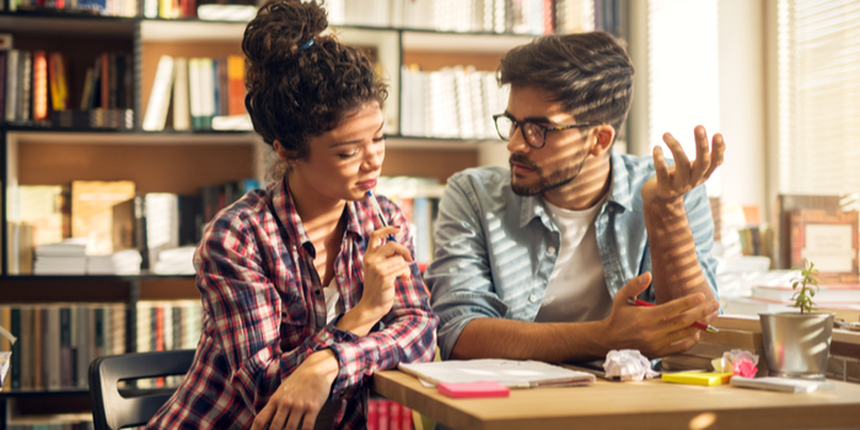 Careers360 in association with AP Bhardwaj, a seasoned author of different CLAT preparation books, brings out series on ‘How to crack CLAT 2018’ with an objective to help CLAT 2018 aspirants in tackling the exam pressure. In this series, he also suggests on how to surmount this competition and ace the CLAT 2018.

Read this interview of AP Bhardwaj with Careers360 to know what the Chandigarh based CLAT Expert (Trainer) suggests on the books for cracking Common Law Admission Test.

Careers360: What do you have to say about CLAT 2018 and its increasing competition?
AP Bhardwaj: It is the eleventh CLAT being held this year, where the law aspirants’ number has increased by six folds from 8,000 that recorded in the year 2008. I wouldn’t be surprised if this number rises to 1 lac in next five years. With every passing year, not only the test takers but also the exam difficulty level has been going at meteoric speed. Yet, it has increased the popularity of CLAT and thereby cracking CLAT 2018 would not be any child’s play. Preparing for CLAT 2018 and cracking the NLUs’ admission test will be a herculean task demanding a perfect blend of smart as well as hard work.

Careers360: What is the most important component of CLAT paper?
AP Bhardwaj: Legal Aptitude comprising legal awareness and legal reasoning is the main component of Common Law Admission Test and other law entrances. The weightage of Legal Aptitude section is more than others with maximum number of questions. Therefore, obtaining more marks in this section will eventually help candidates score good in overall paper.

In 2008, all Legal Aptitude questions were from Legal Reasoning. In 2009 and 2010, there was a total reversal of trend and all Legal Aptitude questions were from Legal Awareness. The year 2008 repeated itself in 2011 with the similar pattern of questions in Legal Apti section. Further the year, 2012 showed impartial division. Similar to 2008 and 2011, there were more question form Legal Reasoning in the years, 2013 and 2014, respectively. However, from 2015 onward, an equal weightage has been witnessed to both the verticals. It is also expected that this pattern may remain preferable in the future.

The trends of previous years’ papers indicate that Constitutional Law and Law of Torts are given the highest precedence as compared to other components of Legal Aptitude.

Careers360: How to prepare for GK section of CLAT?
AP Bhardwaj: General Knowledge is the one of the most important and equally tricky section because of its vastness. The section is broadly divided into two components– Static GK and Current Affairs.

The Static GK bring within its encompass a lot of other subjects including History, Polity, Geography, General Science, Economy and above all the unending General Awareness. It requires thorough study and preparing short notes and lot practice of MCQs.

Preparing for the Current Affairs, on the other hand, is a daily task, even until last week of the examination. Keeping an eye on issues of national and international importance will be helpful from the examination view-point.

Careers360: How can one score good in CLAT 2018 English paper?
AP Bhardwaj: The English section contributes 20 per cent of the CLAT 2018 online paper. This section tests reading comprehension and language skills of the aspirants. If a CLAT aspirant just happens to make a cursory look at the previous year papers, he/she can easily make out that vocabulary covers the sizeable part of English section. Half of the 40 questions cover various forms of vocabulary including synonyms, antonyms, idioms and phrases, spellings, finding odd word and closest meaning.

The other 25 per cent has Comprehension related questions which are again designed in a manner that only those candidates will be able to comprehend and answer the questions who have very vast and fast reading and consequent vast vocabulary with an ability to decipher the meanings in proper context and perspective. The remaining quarter of the section focus on grammar, usage, errors, ordering, and reordering of sentences.

Careers360: Some CLAT aspirant fear of Maths paper. What would you suggest them for solving Maths questions considering CLAT 2018 preparation?
AP Bhardwaj: There is nothing much to fear of Mathematics section, while aspirants are appearing in CLAT 2018. There are two reasons for not having the fear; the first reason is that law aspirants will be facing the questions from Standard 10th, which is comparatively easier, and the second is the number of questions. There will be just 20 questions in the online CLAT paper.

Just refreshing 9th and 10th standard books will be sufficient.

Careers360: What type of questions will be there in Logical Reasoning section of CLAT 2018?
AP Bhardwaj: The CLAT accords weightage of 40 marks for this section. The most important topics with majority of questions are Blood Relations, Distance, Direction and Sitting Arrangements. In addition to these, the other important topics include Series, Analogy, Classification, Venn Diagrams, Statement-Assumption and Statement Arguments.

This section demands a lot of regular practice.

Careers360: What is the basic ‘mantra’ for cracking CLAT 2018?
AP Bhardwaj: Time Management is the basic ‘mantra’, if scoring good is the goal. It is the most productive element of CLAT 2018 preparation. The time should be wisely managed. It’s not that law aspirants only need to solve questions correctly, but the same should be done considering the time limit. The skill of solving questions with accuracy in lesser time will help you score more in CLAT 2018.

Careers360: There are several books available in the market for CLAT preparation. Should law aspirants go with any CLAT prep book or study material?
AP Bhardwaj: Law aspirants should not go blindly for every resource and book available in the market. They should refer to a book which is worth actual CLAT 2018 preparation. They will also need to look into the subject matters covered in the preparation study material or reference books.

Just the quantitative studies in any way from anywhere will not suffice rather specialized, guided, qualitative and organized preparation from the standard and rich resource materials will help in cracking CLAT 2018.

Careers360: What are your finger-tips to prepare for the NLUs’ Admission Test and crack CLAT 2018?
AP Bhardwaj: I have to share few fingertips for CLAT 2018 aspirants, which may help them in better preparation of the NLUs’ admission test and cracking the online common law admission test.

CLAT FAQs 2020 answers queries on the law exam procedure and a...

4 days ago
Read More
View All News and Articles

how can I crack the clat in first attempt?

As we know CLAT is examination for getting into country's best law university.As we know nothing is impossible. Yes, you can crack examination in your first attempt by doing hard work and giving best out of you. As the exam is near so i suggest you to revised as much as you can. Avoid Negativity and Adopt positivity, it will surely help you in clearing any kind of exam.

For more how to clear CLAT in 1st attempt please refer the below link, it will surely help you

Hope it helps you.

Best of luck for your bright future.

How many no. of sections are there in CLAT exam and what are they ?

how I can buy self study guide for preparing CLAT 2020 as in Amazon showing different results like no stock and out of stock, in this case how can I get the book for my preparation

Hey, there are various other websites like Flipkart where you could get a good deal. Also you can go to a retail store in your city to buy one. I would suggest to use Flipkart and go for a assured seller.

Buying retail may have a plus point, that you can check the edition of the book before buying. Always prefer to buy the latest edition as it is the most updated one.

Hope this helps. All the Best!!!

PLEASE INFORM ASAP What is necessary CLAT score for GNLU general, as I will be appearing for CLAT 2021 and I want to pursue Bcom Llb (Hons.) from GNLU. MOHD FAAIZ HAYAT

Your score totally depends on the kind of paper that comes, what really matters is your All India rank, that is what you should be worrying about.

You see my point, score does not matter what matters is your rank . Total number of all India seats in nlus is around 1400 excluding reserved seats, you should aim for those seats and not worry about your score if you have a good rank.

A score around 130 is considered good if you are looking for GNLU . Always aim to be in top tier.

Hope this would help you.

When is the CLAT exam going to be held?

Hello,
The Clat exam 2020 is going to be held on 22nd August 2020, also the application date for the same is extended to 10th july i.e. tomorrow, so if you haven't filled the application form you still have a day left to fill out the form.
For more queries feel free to ask in the comment, hope this helps.

All the best!
Read More
Answer

CLAT mock tests to be released on July 15 & July 22, Consortium to ensure safety of students
CLAT in vernacular languages; BCI constitutes committee to study issue
CLAT 2020 online exam to be held at 203 locations, up from 67 locations announced earlier
Home-based online remote-proctored AILET 2020 vs Centre-based online CLAT 2020: A Comparison
CLAT 2020 to be conducted on August 22, but in online computer-based mode
Delhi High Court asks BCI to clarify whether it is conducting CLAT in vernacular languages